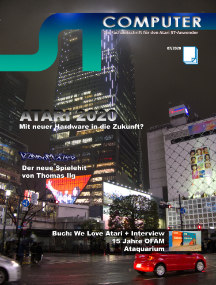 AtariUpToDate had references to public domain disks for a long time, but now you can browse the disks by series and disk number. As long as a program is linked to the database you can read the individual program description. A random image is selected for each disk as well. The current selection of public domain series is just a start - the Floppyshop, FaST Club and Budgie series will follow. Unfortunately, many international public domain series haven’t been archived.

The golden age of public domain series came to an end in 1993/94 when various magazines ceased publication, the ST declined in popularity and the first shareware cd-roms offered thousands of programs for the price of five floppy disks. Finally the Internet offered access to the most up-to-date programs immediately instead of relying on a series of physical disks.